Now you can feel good about eating bad at Disneyland.

This week, five Disneyland Railroad trains began running on biodiesel produced from the resort’s used cooking oil. So while you’re fueling you and your kids’ bodies with food from the deep fryer, know that you’re helping fuel the trains with a cleaner-burning energy source. Have grease, will travel!

Disney is making an effort to be more green. In 2008, they won an award for recycling 7.6 million bottles and cans. Last month, they began using compressed natural gas on their parking trams. The recently revamped Finding Nemo Submarine Voyage uses zero-emission electro-magnetic engines and décor made from recycled bottles. The corporation’s environmental impact is far from flawless, but they are implementing some commendable initiatives.

This latest step will help cut the usual 200,000 gallons of fuel consumed by Disneyland Railroad by half. Better than the soybean-based biodiesel implemented last year, the emissions from this cooking oil-based fuel even smells like French fries, thereby tempting visitors to eat more fried food which in turn helps create more oil to recycle into fuel. It’s the ultimate renewable resource!

Personally, I say skip the fries and nuggets – there are certainly healthier options to fuel your children’s bodies, especially when they need the energy to walk around the park. But if you must ingest the junky stuff, at least now there’s a silver lining – albeit a greasy one.

Related Articles
Blog Action Day 2009: Climate Change and the Travel Industry 10 Tips for Eating Cheap (or Free!) When Traveling with Kids Get the Adrenaline Flowing! Creating a Kid-Friendly Itinerary in Europe Some Party Ideas for Baby’s First Birthday Halloween Fun for the Family 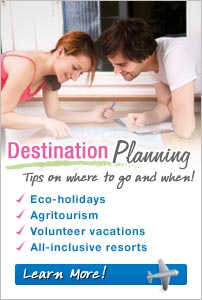