Cyprus is known as the ‘island of love’ because it’s said to be the birthplace of Aphrodite, the goddess of love. So unsurprisingly, the island is a popular destination for couples, especially those on their honeymoon.

But every year thousands of families travel to Cyprus on holiday. That may seem a little odd given the island’s reputation, but the reality is that Cyprus is not an exclusive haven for couples; in fact it has something for everyone – especially children.

All parents know that keeping their children occupied on holiday can be very difficult, but it’s something that can be done with a little research and perseverance. Cyprus offers visitors a number of different and exciting activities to do, and depending on where you stay on the island, you can find something that everyone in your family wants to do.

When it comes to activities, there is just so much that families can enjoy on holiday in Cyprus, from shopping to sunbathing to sightseeing. The kids will love visiting some of the island’s ruins and shipwrecks, from Kyrenia Castle, which was built on an old Roman fort, and contains a shipwreck museum, including the hull of the oldest ship to be recovered from the seabed, which is believed to have sunk around 300BC. Other sites to be visited include the Latchi boat trips, the baths of Aphrodite, the ancient town of Paphos and Aphrodite Waterpark.

In terms of weather, Cyprus has the perfect weather in the summer months, with the temperatures rising from around 20°C in April to the upper 20’s in July and August, which is usually the peak holiday season, then back to around 20°C in October.

Cyprus also boasts a mix of family friendly accommodation, from hotels to apartments, some of which have daily kids clubs for young children, which lets the adults get away from the kids for a few hours and do what they want. Research accommodations before you book, however, as family friendly establishments vary depending on where you travel to on the island.

The food in Cyprus can be one of the highlights of a holiday, as you can have almost anything while you’re there. Barbeques are very popular, and ‘souvla’ or skewered lamb or chicken cooked on a charcoal grill are particularly delicious. Meze is probably Cyprus’ most famous dish, and if you’re not particularly fussy, fast food is becoming ever popular, with the island now being home to a McDonalds.

Whether you choose a self-catering or all-inclusive holidays to Cyprus, there is so much for you, your partner and the kids to do once you’re over there. 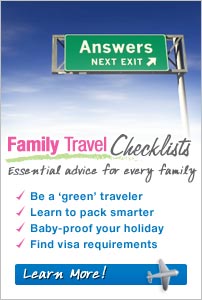