Halloween has always been one of my favorite holidays. Costumes, candy, and socially sanctioned spooky silliness – what’s not to love?

As a child, deciding what to be for Halloween was almost as big a deal as deciding what to ask Santa for. Today’s kids look like they stepped off a movie set in their store-bought designer princess gowns and licensed superhero get-ups, but back in the day everyone wore homemade hand-me-down costumes that were recycled between brothers, sisters and neighbors from year to year.

Of course when it was my turn to don the hula outfit, it would always snow and I’d have to pair my grass skirt with a winter coat and boots. Then there was the year that I went as Little Miss Muffet, creative in concept but poor in execution as I lost my dangling spider at the first house and then had to field “and who are you supposed to be?”s from every mom on the circuit. Most traumatic was the year when we moved from Canada to a small village in Wales and my sister and I went door to door all decked out, unaware that trick-or-treating wasn’t yet a custom there (we clued in after the third house stared at us blankly).

Nowadays, Halloween seems to be celebrated (at least commercially) around the world – and in a big way. More than just one day in October, it has become an umbrella travel season, stretching from September through November and encompassing all sorts of autumnal festivities. Post-summer and pre-Christmas hoopla, this is often a pocket of relatively low rates and thin crowds so a pretty good time to plan a family trip.

Naturally, local pumpkin patches, apple orchards, farms and parks go all out to capitalize on the seasonal spookiness with activities like hay rides, corn mazes and costume parades. Many museums put on special programs where youngsters can, for example, trick-or-treat amongst the dinosaurs. You’ll see lots of “Boo at the Zoo” and “Haunted Aquarium” type events, some even offering sleepovers where your little ghouls and goblins can check out nocturnal creatures in action. You’ll find hotels, inns and B&B’s go all out to market their resident ghosts at this time of year – look around for family-friendly packages promoting more fun than fright.

Many theme parks hone in on the Halloween theme creating scary and not-so-scary events to appeal to various age groups and fear-tolerances. Not surprisingly, Disney caters well to the younger set. Mickey’s Trick-or-Treat Party at Disney’s California Adventure Park and Mickey’s Not So Scary Halloween Party at Disney World offer costume parades, dressed-up characters, special fireworks and trick-or-treating. Knotts Scary Farm and Universal Studios Halloween Horror Nights (in Hollywood and Orlando) are more for fear-seeking teens who want to get the adrenalin flowing. Six Flags parks have Looney Tunes themed afternoon programs for young Halloweeners and after dark Fright Fests for the older, more daring crowd. Where better to get your chocolate fix than at Pennsylvania’s Hershey Park, which has a range of special Halloween events and programs suitable for all ages.

You might want to check out some of the family-oriented haunted happenings around witch capital Salem, Massachusetts or the Headless Horseman Hayrides in Ulster, New York. Toronto’s Casa Loma transforms into a haunted mansion ideal for kids under 10, complete with spooky attic, dragon’s den, scavenger hunt, magician and a performance of Dr. Jekyl and Mrs. Hyde.

Whether you and your family travel or stay in the neighborhood, have a safe and happy Halloween.

great article! I’ve traveled to Salem many times in October for Haunted Happenings, and it really is a fantastic destination, I highly recommend it for parents travelling with little ones – make sure your visit coincides with the Family Fun day on the Common! 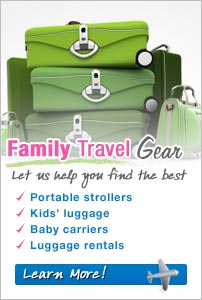